After an exciting month, with more than 4,000 business and IT leaders and software developers attending the largest low-code conference in the world, you’re back at work and looking to put all you’ve learned into practice.

If you didn’t have the opportunity to join me at NextStep Denver or Paul de Abreu and João Bento at NextStep Amsterdam for the session entitled “Automating Your Way to Greatness,” this article will unfold the core building blocks of getting to greatness.

A Platform With No Limits

Before diving deep into the more technical stuff, it’s important to define upfront two concepts that we’re going to use recurrently in this article: Continuous Integration (CI) and Continuous Delivery (CD).

CI is the practice of merging developer’s work in a single shared repository regularly, using different versions for each update. CD can be seen as an extension of CI and ensures that the software can be deployed without human intervention when it reaches a particular stage, after passing a set of predetermined quality tests.

Now, when you first get started with OutSystems, you immediately up your game when it comes to CI/CD with the ability to develop faster and more efficiently. The OutSystems machine learning and AI capabilities increase coding efficiency when it comes to continuous deployment. It’s all made possible with the CI/CD capabilities that can be automated using the LifeTime Deployment API.

Here you can see an example of a pipeline, which represents the steps in the test and delivery automation of your software from development to production. This process can be fully automated, with no human intervention necessary, or semi-automated, requiring validations at some of the most critical steps.

As you mature your DevOps practices, several additional needs may arise, such as performing code analysis, scanning for security vulnerabilities, running automated UI regression tests, updating production monitoring configurations, and triggering infrastructure configuration changes. Using the built-in OutSystems CI/CD capabilities to automate these processes would be using OutSystems for something it wasn’t expressly designed to do.

This is why OutSystems is built on the core principle of openness and with no limits, guaranteeing that your CI/CD automation will never get blocked. This openness clears the path for a world of possibilities that take the best of enterprise-grade CI/CD tools such as Jenkins, Azure DevOps, and TeamCity to achieve the ultimate goal of delivering higher quality software faster.

Recently, we announced a set of accelerators to integrate OutSystems CI/CD capabilities seamlessly with Jenkins and Azure DevOps. These are built on top of an Apache 2.0 License open-source foundation that can easily extend to your enterprise-grade CI/CD tool of choice.

In the spirit of low-code development, this open-source foundation takes the complexity out of automating your CI/CD pipelines. The typical stages of a CI/CD pipeline are shown here.

LifeTime manages all stages with a set of APIs that enable you to integrate with any CI/CD tool. On top of those APIs, we’re promoting an open-source package in Python that’ll accelerate this integration. Since we’re using Python, it can be done in any operating system and any CI/CD automation tool.

Add in data such as your appropriate code analysis, security scanning, and automated testing verifications into the pipeline at the appropriate stages, including any manual user acceptance testing that you may want to have performed along the way.

And voilà! You will now be delivering OutSystems low-code applications faster and with higher quality. Start automating your way to greatness with low-code today!

In a follow-up blog post, I’ll cover more specific use cases and provide an in-depth look at the Azure DevOps and Jenkins solutions to achieve your CI/CD goals. 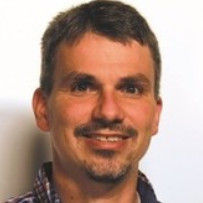 Mark works at OutSystems as part of the Product leadership team. He has over 20 years in the software industry, holding various leadership roles with expertise in Application Lifecycle Management, DevOps, Software-as-a-Service, Cloud Computing, Application Performance Management, and Enterprise Software.

Adapting Agile to Build Products with Low-Code: Tips and Tricks