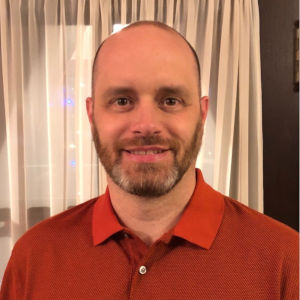 
In this blog post, I’ll share my experience of moving from a traditional development environment to low-code while exploring the main differences between the two.

I’ve worked as a traditional developer for 20 years. Now, I’m part of the first OutSystems partner in Western Canada. And one of the most common misconceptions I hear about low-code is the fear that low-code will steal developers’ jobs because if anyone and everyone has the ability to code with drag-and-drop interfaces, then the need to hire talent to code quality apps is no longer required.

Yes, low-code introduces a shift in the traditional development paradigm, but now more than ever, developers are crucial in a foundation team.

Low-code indeed allows you to build apps rather quickly. But without developers, or at the very least, people with a developer mindset, you’re just on your way to building bad applications at a faster pace.

With low-code, there’s a need for developers who are aware of and understand the importance of all the architecture, performance, and security best practices. This development knowledge that you only learn with experience is required to ensure that you maximize the potential of a low-code platform.

Additionally, if you want to incorporate traditional approach components to leveraging low-code projects—which you can do with the right low-code platform—you will need an actual developer.

Low-code platforms such as OutSystems are not magic tools that will just generate software in your sleep.

Software development in low-code still requires all the same roles as before, like Product Managers, Business Analysts, Scrum Masters, Developers, and Testers. The significant change is that the same team can now deliver more in the same timeframe than they could with traditional development.

Business value is accelerated, and the delay costs are reduced.

Considering the pros and cons that go into the development process of low-code and traditional development, it’s easy to identify the main differences between them:

In OutSystems, on the front-end, I can build all of the same UIs that I could do in traditional development. The visual editor has all of the standard elements you need to build web apps, and you can still leverage other languages, like CSS and JavaScript, to create truly amazing built-for-purpose UIs.

On the logic side, you can perform all the same operations with traditional development. You can leverage existing .NET libraries, and you can also integrate with REST and SOAP APIs.

Sometimes you need to combine tools to get a job done. However, OutSystems, being a high-performance low-code platform, covers pretty much anything you’d do with traditional development.

Getting Started with Low-Code

If you have been a developer for any length of time, it won’t take long before you know your way around any low-code platform. The concepts are all the same, so it’s a matter of learning where in the platform to access them.

It’s like being a chef and using someone else’s kitchen. At first, it will take a bit of time to adjust and learn where the knives and forks are. Maybe, at first, you’ll cook simple scrambled eggs. But once you know your way around the kitchen, a delicious creme brulé is suddenly ready to delight.

OutSystems is a perfect way to go. On the training page, you can find a number of valuable free online courses and guided paths, which make learning the platform a breeze. There’s also an inclusive community of MVPs and Champions who are always available to answer any questions in the forums, and user groups that are hosted around the world, physically and virtually.

Ready to Give High-Performance Low-Code a Try?

I proudly work in the low-code space using the OutSystems high-performance low-code platform at Accelerated Focus. Accelerated Focus is an OutSystems Sales & Delivery Partner that works with companies who are looking to grow, transform and realize the value of their low-code investment much earlier by developing a customer-specific adoption strategy and plan.

Our passionate team focuses on driving platform adoption and delivering innovative digital solutions for industry-leading companies around the globe. We don’t just build apps; we build businesses. Find all about us on our website.

To explore more about OutSystems’, check out Developing with OutSystems or explore the platform page.

I am the Director of Application Architecture at Accelerated Focus, and I’m currently based in Edmonton, Alberta, Canada. I’ve been a software developer for over 20 years, specializing in .Net and OutSystems. I made the switch to low-code in 2018 and I haven’t looked back since. Since starting Accelerated Focus one of the most rewarding things is helping our customers not just build apps, but build their businesses. When I’m not busy delivering value to clients at lightning speed, you can find me wake surfing in the summer and snowboarding in the winter.

High-Code, Low-Code, No-Code, or COTS: How to Choose the Right Approach for Your Business?