OutSystems is a low-code platform for rapid application development (RAD) you can use to build enterprise apps. Therefore, with OutSystems, developers and IT teams can create, deploy, change, and manage custom mobile and web applications that run seamlessly on all devices.

Some Scenarios Are Totally RAD

Now, as a developer, I’ve had several healthy discussions about RAD tools, and I still prefer the option of choosing technology, languages, patterns, IDEs, and, most importantly, the DevOps cycle and its tools. However, there are multiple scenarios where RAD tools are the best choice, especially if they can deliver what they promise.

Almost every large enterprise still runs complex mission-critical applications on legacy technology, most of which have heterogeneous environments and involve multiple teams. So, with such complexity, how do these organizations inject innovation to remain competitive? This is where the speed and flexibility of OutSystems really shines, allowing organizations to complement or replace legacy applications. However, there is one challenge I have witnessed: large enterprises struggle to create a common DevOps cycle between apps that were built with OutSystems and apps that weren’t.

For example, there are those large projects where, in a single release, you must synchronize legacy business apps (running in your UNIX and Windows servers), REST APIs, cloud back-ends, etc., and OutSystems mobile and web applications. As a result, a great deal of time, resources and effort is necessary, luxuries most organizations can’t afford.

But, I’ve been working with the Visual Studio platform for many years and recent advances have created an interesting value proposition that can solve the synchronization challenge:

And, that’s why I chose to assist with the creation of a Visual Studio extension to integrate with OutSystems.

I am not an OutSystems expert. Therefore, before starting on this extension, I researched their current version. The platform uses a model-driven approach to configure app layers: UI, data model, web services and APIs. But, developers can still incorporate their own custom code or libraries, and compose them as part of the model, as well as custom JavaScript (and CSS) for front-ends. Hence the term low-code.

One of the OutSystems modules is Lifetime, which manages versioning, deployments and environments. Recently, OutSystems exposed a Lifetime API (Swagger defined), that anyone can use.

I used TypeScript in Visual Studio Code to build the extension, along with some ES6 improvements. Therefore, if you like Promises and Async/Await, this is a good example.

In addition, I’ve decided to make it open source and available on Github, so everyone can collaborate, send feedback or register bugs. So, here's how you can install, configure and use it.

Walking Through the VSTS Extension

Installing any Visual studio extension is easy and fast. Just go to the Visual Studio marketplace and search for OutSystems integration, or try this direct link.

Then, install the extension in your VSTS subscription.

To configure OutSystems in your VSTS subscription, you need a service endpoint. I created one by entering the following information for my OutSystems instance:

Name: A name for the service endpoint (for example, myOutSystems).

You will be able to verify your connection directly from this dialog by clicking Verify connection.

After the configuration process is complete, you can start building your release definition plans, including OutSystems apps. You can use an available template that suits one of your apps, or start with an empty process.

Note: In my OutSystems instance I have three environments configured: Development, Test and Production.

Next, name your first environment and the release definition.

Then, go to your first environment and define tasks the engine will execute. Add an OutSystems Release Task. Click OK.

Finally, specify information about the release process you want OutSystems LifeTime to execute.

A Task of the Clones

Now, you can  add new OutSystems tasks to deploy additional OutSystems apps. Or, you can configure the deployment of non-OutSystems apps with all the release tasks necessary to meet your goals. Remember: cloning tasks will make your life much easier.

Next, go through all OutSystems release tasks and update the source and target environments:

At this point, there is an important concept to consider. When deploying apps from OutSystems test and production environments, we’re not interested in tagging the applications. Tagging is only necessary for new versions from development. Therefore, when releasing from test to production, we want to release the same version. So, to configure this, uncheck Tag and Deploy.

Next, create a new release and see the execution tasks. For example, here you can see the execution of all the OutSystems release tasks, even the deployment log from OutSystems. As a result, you get logging in VSTS that enables you to check recent or past outcomes without jumping back to OutSystems LifeTime.

See Where Your Imagination Takes You

Now, imagine managing your releases of OutSystems applications together with other on-premises and cloud apps. If you need to deploy your existing classic ASP websites, WCF services, Java REST APIs, Python websites or NodeJS REST APIs, you can easily do that with VSTS. And, these apps can now be direct dependencies for any OutSystems mobile or web application. You will not have to manage different release pipelines or tools.

I believe enterprises and small development teams alike can benefit from this extension. It creates a single common DevOps cycle between OutSystems Apps and non-OutSystems Apps.

Further, it increases developer productivity by accelerating the building and management of an enterprise-grade flow for multi-channel and heterogeneous development. All while reducing operational costs!

This is one of the biggest advantages of the current Visual Studio platform. You can easily integrate other tools. As a result, you improve the lives of developers and operations teams.

Looking forward, I expect OutSystems to expose more APIs to allow tracking from repositories, work planning (agile or scrum), and builds or monitoring. But don’t wait—check it out now! The current release already covers the most common scenarios. Moreover, it works in the cloud (hosted agents) and with on-premises agents (Linux or Windows). 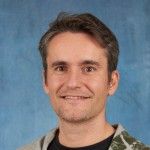 João Almeida is a Technical Evangelist at Microsoft Portugal with more than 15 years of experience in IT and development as well as a passion for modern web standards and DevOps. He has a degree in Computer Science from Instituto Superior Técnico and started his career at Accenture. He joined Microsoft in 2008 and currently shares his knowledge of emerging technology such as cloud-based open-source platforms serverless architecture, VR, AR and mixed reality with technical audiences.