How Cloud-Native Is Changing Developer Experience

Software development today looks very different than it did even a few years ago. The shift to cloud applications and the evolution of DevOps and CI/CD methodologies are disrupting and reshaping the way modern dev teams build and maintain software — and, as a result, they're also changing developer experience, ie, the day-to-day experience of how developers work and collaborate.

Looking for the right low-code platform to transform and accelerate your software delivery strategies? Here’s what Gartner has to say about the top low-code providers.


These trends are important because they're giving some of the world's most successful companies a major competitive advantage. Netflix and Uber, for example, have built their operations almost entirely on cloud-native apps and infrastructure — and their dev teams are among the world's best when it comes to leveraging cloud-native tools and technology.

Recent survey data clearly shows this connection between elite-performing, cloud-native dev teams and business performance. It also shows a wide gap between elite and low-performing organizations, and that gap appears to be getting wider.

If your organization is on the wrong side of this gap, now is the time to take action. Let's look at some ways your dev team can make the leap, quickly and reliably, to elite cloud-native performance. And let's look at just what this means for the developer experience.

What Is an Elite Performer?

What do we mean when we talk about elite or top-performing, cloud-native software teams? Thanks to data from the DevOps Research and Assessment (DORA) State of DevOps survey series, we have some very clear insights into this key question.

How to Supercharge Your Application Delivery with High-Performance Low-Code

Learn what high-performance low-code is and how it can boost your dev team productivity for continuous innovation.

The research shows that some software teams perform extremely well, based on these KPIs. It also shows a huge gap between these elite-performing teams and those with the least impressive performance: 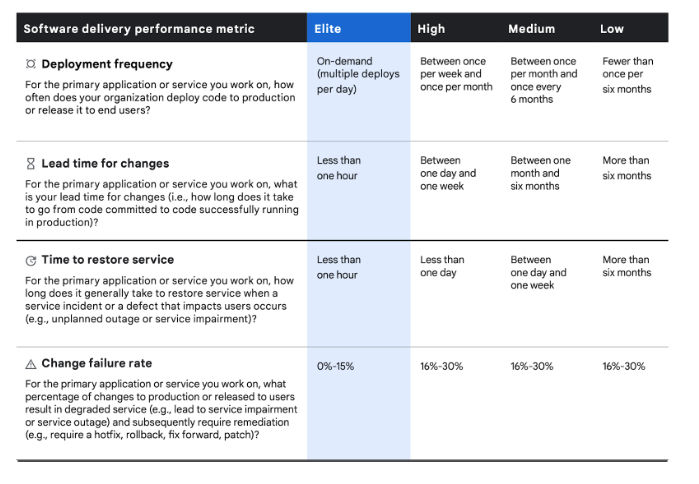 Dev teams in every industry today share similar challenges: They're under pressure to deliver new digital business capabilities and differentiating customer experiences. They're expected to deliver code faster, sooner, at greater frequency, and with higher quality than ever before. And they're navigating fast-changing business requirements; scaling to support growth; and managing and troubleshooting these increasingly complex, distributed, cloud-native software environments.

Elite performing teams have learned how to conquer these challenges and create value for their businesses. One of the most important keys to success is their ability to develop new and powerful capabilities for building, deploying, and managing cloud-native apps:

Teams that master these and other key DevOps capabilities can achieve amazing things. This is how the teams at Uber, Amazon, and Netflix enable lightning-quick business agility by deploying code to production 5,000 times a week or more. It's how Adidas accelerated its deployment frequency from every six weeks to three times a day while cutting deployment times from three days to 60 seconds. And it's why some retailers are thriving while others struggle to stay relevant.

3 Reasons Teams Falter on the Path to Elite Performance

Many teams today are ready and willing to embrace these new capabilities. They feel the pressure to do more, do it faster, and do it all at massive scale—and they see how other teams have made the leap to elite performance by mastering DevOps skill sets.

Yet we also know that many of these dev teams are struggling to make the leap to DevOps mastery. And many of them are falling short for the same reasons: 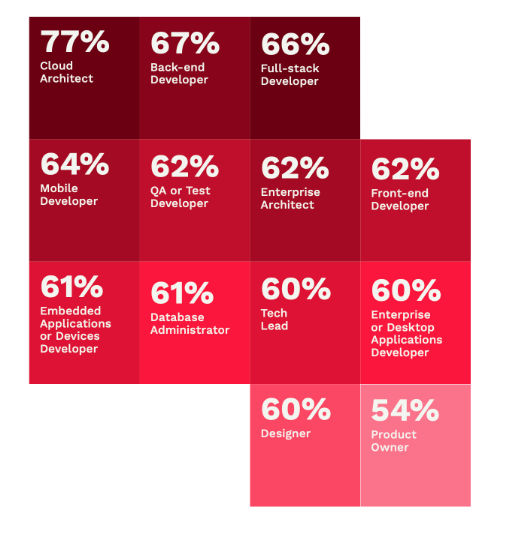 These challenges don't have to keep your software team from achieving elite performance. A high-performance low-code application platform like OutSystems can help a team stay focused on building robust, functional, reliable software in three important ways:

The recent OutSystems and Lucid survey found that 76% of developers now agree: low-code platforms are an excellent way to implement cloud-native development methods. That's a compelling message for teams needing the benefits associated with elite cloud-native application development but also require a simpler, less costly way to achieve it.

How can your own team take its first step on the path to elite cloud-native performance? Here's a good starting point: Watch my recent CIS session, "Becoming an Elite Performer: How CI/CD and DevOps Changes in a Cloud-Native World". While you're watching, consider these questions:

And then take a closer look at how a low-code application platform like OutSystems could transform your own team's ability to adopt and master cloud-native and DevOps methods. We're here to answer your questions and help your dev team reap the rewards of a low-code strategy.