In the 2020 Speed of Change: How Fast Are You report, we analyzed the responses of 2,200 IT professionals who were asked how fast their organizations respond to change and what made them more or less ready for change. When asked about what slows down the development of new web and mobile applications, testing and quality assurance were named in the top four challenges.

To help organizations surpass this challenge, we at Valori have been working with the OutSystems product development team to define a unique new approach to testing OutSystems apps. The goal is to help OutSystems customers accelerate their QA efforts and overall application delivery strategy.

Ask yourself these questions:

If you answered “yes” to any of these questions, this article is for you.

In a world that depends on trustworthy information and technology, we at Valori believe that to innovate without hassle, it is crucial to assure the overall quality of your technology stacks. Therefore, for OutSystems, we have a unique approach called “Tech First, Test Second.”

Supporting this approach is our in-depth knowledge of the technology stack we use for development. This knowledge has allowed us to create exclusive testing solutions specific to OutSystems, start a dialogue with the development teams and create ultra-short feedback loops.

The Power of  Fast Feedback

According to the report mentioned previously, companies that have invested in tools and methodologies to improve speed, including low-code and multi experience platforms like OutSystems, are nearly three times more likely to say they have improved their delivery speed over the previous 12 months.

However, this is just one part of the delivery pipeline, and the pipeline is only as fast as its weakest link. Therefore, testing activities need to keep up with development. Testing needs to leverage OutSystems the same way as development does. Only when the feedback is fast and directed to the problem can the team fully embrace it. This feedback builds trust so that both existing and new functionality work as desired and that integrated systems have a stable level of quality.

Automated Feedback Is an Absolute Must

When developing software incrementally, automated feedback is an absolute must.

Take a look at figure 1.

In most projects, a sprint (left side of the figure) contains new features to be developed (S1). In the second sprint, new features are added (S2). The 10th increment will still have a similar amount of innovation (S10), with maybe some extras because of an increased velocity. However, the previous 9 increments will have to remain in production as well (RT S1-S9). Verifying this manually will drastically decrease the speed of the release cycle. Therefore, if you want to continue innovating, automated regression tests are essential.

The OutSystems Architecture Canvas and the Agile Testing Pyramid

The Agile Testing Pyramid describes the levels on which automated testing can be performed. The key message here is: that lower levels of the pyramid are faster and more robust to test, and therefore, less costly.

The Architecture Canvas is an OutSystems architecture tool designed to make Service-Oriented Architecture (SOA) simple by promoting the correct abstraction of reusable (micro)services and the correct isolation of distinct functional modules. The combination of the two forms is the backbone of our OutSystems testing strategy.

To learn more about the Architecture Canvas and how to implement it in your projects, check out this Tech Talk

For this, take a look at figure 2:

Testing business logic is done on the core (logic) layer primarily via units and APIs. Internal services and integrated systems are tested via APIs on the Foundation and Core layers of the application. Testing User Journeys and process flows via the User Interface is done on the End User Layer. Most test effort is spent on the lower levels of the pyramid, leaving the End User Layer to be covered by a maximum of 1 or 2 End-to-End tests per User Story.

The BDD Framework is a test framework within OutSystems Service Studio and uses a BDD syntax to directly test business logic present in Server and Service Actions. For the BDD Framework to work, you need to follow the Architecture Canvas guidelines when developing.

Good maintainability and risk coverage is challenging because:

For extensive scenarios, these three things make the framework less flexible and rather time-consuming to implement. This is why we recommend that organizations mainly use it for basic unit test scenarios. This will provide the fastest feedback possible. For scenarios with more instances (like data-driven tests) or tests at higher levels of the pyramid, we recommend an additional solution.

We’ve worked together with OutSystems to create Core Layer Testing, a solution complementary to the BDD Framework. The Server and Service Actions in the Core Layer are leveraged by this solution and allow testing units, the integration between units, APIs and even the usage of these Actions in end-to-end tests.

With little impact on precious development time, this makes sure test sets are maintainable, no matter how often you release a new functionality. This way, you make sure test execution is fast for all layers of the application and the test coverage is maximized. This will eventually lead to higher quality apps.

We have seen many projects where test automation is mainly done by steering the UI of the application, resulting in slow, error-prone tests. With Core Layer Testing, we changed this. We use OutSystems to increase the testability of our apps. We focus on the business logic and bypass the UI as much as possible. Quality becomes a team responsibility by optimizing the testability of the code.

To make Server and Service Actions accessible to the outside world, you need to wrap the Action(s) into a REST API. In this wrapper, you shouldn’t implement extra logic for the Action(s) to run because, to be meaningful, the test should run against the original logic. The team member creating the test should be capable of knowing what Actions need to be exposed. Creating this REST API is standard OutSystems functionality and shouldn’t take more than a few minutes.

Best practice is that the exposed REST APIs created for Core Layer Testing are inside a dedicated Module. This Module can then be prevented from being deployed to production. Because of this, basic security measures are sufficient. This Module will have no strong dependencies to other Modules since it will only reference the existing Actions. Eventually, since creating those REST APIs should be a fairly simple wrapper of the original action, any team member should be able to create and maintain those APIs, restricting the impact on precious development time. Figure 3 explains this setup:

The main purpose of this step is to make sure the test is in control of the data in the Action during runtime. Data that is used inside the Action and that possibly impacts the outcome of the Action should always be steerable through the input of the Action. When this is set up correctly, the test can run completely independent of any test data. The team member creating the test plays an important role in determining what data is crucial to create meaningful tests.

If you do not take the needed measures for testability, it will come back to haunt you in the end. The use of Core Layer Testing asks for a different approach in development, and it is very likely that some technical design decisions need to be made in favor of testability. This might result in extra features that are, at first sight, not needed to fulfill the business requirement. However, eventually, the goal is to create high quality apps. For this, you need to be able to continuously verify if existing and new functionality is working as desired. This assurance will let you innovate faster, because it will help you identify the impact of your changes.

Figure 4 shows how these design decisions can be made:

We’ve seen multiple examples where UI tests took over two minutes per test case to run because of the page navigation and waiting times. For a 100 test cases, this is over 3 hours of waiting on feedback.

These tests also failed quite often because of browser dependencies. With Core Layer Testing in place, these test cases took less than 5 seconds per test case to run, because the complete validation is done in one independent API request. This also invited the team to run the tests more often and even made it possible to include the tests in an automated CI/CD pipeline. The short waiting time doesn’t allow us to start working on something else either and creates focus on getting things done. As a result, code quality improves on the first increment.

This article showed the most important part of how we think testing OutSystems applications should be done. The next steps involve thinking about what Actions to focus on and choosing the correct tools to build your automated tests with. Making an API for every public Action is probably too much to ask for, so what Actions could be chained together? What test data is needed to perform all the needed combinations and how can we leverage Test Data Management tools for this? We’ll talk about these things in our next article.

If you have any questions related to this article, I'm glad to help you out! Just reach out to me at BrianvandenBrink@valori.nl.

Valori is OutSystems trusted Partner focusing on Quality Assurance and Testing. Based in Utrecht, The Netherlands, Valori worked together with OutSystems Product Development teams to define a unique approach in testing OutSystems applications. This approach is based on multiple Best Practices both OutSystems and Valori have gathered over the span of the last 5 years. 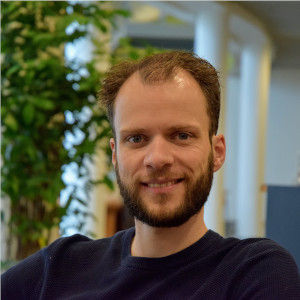 Brian firmly believes that to be a better Test Engineer, it is necessary to have in-depth knowledge of the OutSystems platform. Understanding the features of the platform gives him the opportunity to create unique test solutions. These test solutions help to create ultrashort feedback loops that build trust in the quality of the application and make it possible to innovate faster. He calls this: “Tech First, Test Second."

DevOps Automation: How to Apply Automation Into Your Software Delivery Process