It seems that nowadays, DevOps can mean many different things. As a DevOps expert at OutSystems, whenever I’m asked what this practice is all about, I like to say that it’s a way to deliver value faster to your end-users. More than a skill, a job role, or a tool, DevOps is a culture-shifting paradigm.

It’s about speeding up the flow of delivering software changes to your production environments and amplifying the feedback loops in your delivery pipeline so that you can catch problems early on during your development stage and act upon them quickly. This is why you always see practices like CI/CD and test automation closely associated with DevOps.

But it is also about reinforcing the collaboration between developers and operations, breaking organizational silos, driving innovation through experimentation, and measuring the business impact of each change so that you can iterate on top of that.

I recently discussed how to adopt DevOps automation in your software delivery process in a TechTalk. So if you want to learn more about the subject, I invite you to take a look.

Why Automate in DevOps?

DevOps automation's greatest benefit is that you increase the speed and agility to deliver and change applications while removing bottlenecks and replacing manual tasks with automation. On top of this, automation introduces process standardization which further reduces the chance of errors or oversights that can occur when performing manual tasks.

Just look at a typical change request handling process. Your customer sends your operations team an email with some feedback to incorporate into the app. The ops team shares the message with the dev team that starts working on it. Once done, the new app version goes to the testing team, who, after testing it, shares its feedback with the development team again, until the app is finally deployed.

From process gaps and manual interventions to communication delays and miscommunication, many things can go wrong in a simple change request. By automating your DevOps processes, you’re able to close some of those gaps.

There is a staggering amount of tools available in the DevOps landscape, and you probably already use some of them.

Here are some of my favorites tools for different stages of the software lifecycle.

Jenkins is a CI/CD automation tool for monitoring the execution of repeated tasks. It is an open-source software that you can use to run with any operating system, and it offers several built-in plugins for building CI/CD pipelines. With Jenkins CI/CD server, you can automate the various stages of your delivery pipeline.

Selenium is a portable software testing framework for web applications that provides a record/playback tool for authoring tests without learning a test scripting language. It also provides a test domain-specific language (Selenese) to write tests in many popular programming languages, including Java, C#, Groovy, Perl, PHP, Python, and Ruby.

Applitools is a software designed to test and monitor your app's UI as part of your CI/CD process. It monitors critical functional and visual aspects of any web, mobile, and native app in a fully automated way.

Another testing tool, BrowserStack is a cloud web and mobile testing platform that enables developers to test their websites and mobile applications across on-demand browsers, operating systems and real mobile devices, without requiring users to install or maintain an internal lab of virtual machines, devices or emulators.

An open-source automation tool, with Appium you can run scripts and test native, mobile, web, and hybrid applications on Android or iOS using a web driver.

Tricentis Tosca is a software that you can use to automate end-to-end testing for applications. It combines multiple aspects of software testing, such as test case design, test automation, test data design and generation, and analytics to test GUIs and APIs.

For monitoring and analytics, ElasticSearch is the most popular enterprise search engine that provides a distributed, multitenant-capable full-text search engine with an HTTP web interface and schema-free JSON documents.

Taking DevOps Automation to the Next Level

Now, there are also app development platforms that provide built-in DevOps capabilities that support the entire lifecycle of an application. The OutSystems platform is one of them. It offers out of the box DevOps automation tools for different phases of the software delivery cycle.

Here are some of the features of OutSystems for each stage:

You can learn more about how the OutSystems platform can help organizations adopt DevOps in their software delivery process in my recent Tech Talk Trending Session, Low-Code DevOps.

There, you’ll learn how you can:

Hope you find this session useful. And if you have any questions, feel free to drop me a line! 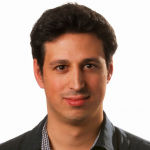 DevOps domain expert at OutSystems and passionate about finding elegant solutions for complex problems, Rui has been addressing the governance challenges of operating large OutSystems factories. He is also an Agile enthusiast/promoter both inside and outside the company.

Implementing RPA: How to Avoid Common Pitfalls for a Successful Implementation