There is probably no other word combo that can cause such a mix of excitement and fear at the same time as automation and robots. And if you’ve seen the latest videos from Boston Dynamics, I’m sure you know what I mean. Although robotic process automation is (still) a very elementary form of automation as compared to stunt robots, it’s not surprising there’s so much hype around it. So, if you’re implementing RPA in your company, or simply considering it as a possibility, this blog post is for you.

Here, I’ll talk a bit about RPA, when you should use it (and when you shouldn’t), and share a few pieces of advice and cautions for a successful implementation. For a more in-depth conversation, check out our recent Tech Talk RPA: Hit or Miss.

According to recent studies, workers spend more than 40 percent of their day on manual digital administrative processes that are not part of their main job and are ripe for human error.

The value proposition of RPA is that it automates these repetitive and manual tasks with the use of bots, thus freeing workers to do more strategic and impactful activities. You can configure these bots to mimic certain mundane and tedious human activities, such as:

So, it’s no wonder that RPA is one of the fastest-growing technologies out there. Some of the pros of choosing this automation technology include:

Now, let’s get down to what brought you here. If you’re planning your RPA adoption plan, there are a few things you need to keep in mind for a successful adoption.

Advices for a Successful RPA Implementation

First of all, let me make a quick disclaimer. OutSystems is not a RPA solution. We’re more of a full-stack platform with out-of-the-box development features. But several of our customers integrate RPA technologies, like UI Path, with their apps built in OutSystems—we actually have a UI Path component in our OutSystems Forge to streamline the integration.

That said, the next section is based on the lessons learned by our customers and advice from industry analysts, like Forrester.

1. Choose the First Use Cases Wisely

It’s common for early-stage RPA programs to struggle with identifying business cases and finding the ROI of their first projects. That’s why your first RPA project should be something you can quickly obtain value from. If you go with a complex multi-year solution, for example, that may stifle the overall adoption of the technology.

RPA can be used for any process or activity with well-defined rules. So, begin with time-consuming, repetitive, fairly static processes.

Some of the most common initial use cases for RPA are:

Although RPA allows you to automate repetitive tasks, you shouldn’t try to automate all processes. To give you some guidance on which business processes are more suited for RPA, Forrester developed the “rule of 5”. According to the analyst firm, processes with the following attributes are best suited for RPA:

3. Don’t Buy the Hype or Over-Invest

Thus far we have discussed some of the benefits of RPA, but there are also some limitations we should keep in mind:

These limitations show you that RPA is not always the best solution, and that finding the right use cases is a really important factor for success.

RPA is a great option to bridge a solution. For example, if you need to automate a process that involves navigating legacy systems or external sites, RPA can act as a band-aid by enabling you to make a process automatic and potentially more efficient. But, as we’ve just seen,  it can also be a brittle integration. For those cases, you may need another technology to fill in the gap. And that’s where platforms like OutSystems can help.

Want to Learn More About RPA?

If you want to learn more about how OutSystems and RPA can work together to overcome these limitations and extend the power of your bots, I invite you to join me in my on-demand Tech Talk RPA: Hit or Miss? In this session, I’ll show you how to implement RPA into OutSystems apps, based on real-life scenarios such as when you need to loop a human activity into a business flow. 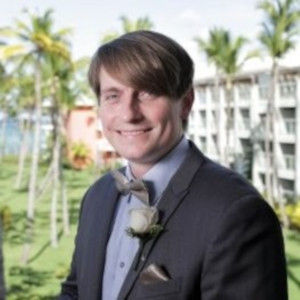 Mike Josephson is a developer-turned-architect and low-code evangelist who is passionate about providing creative innovative solutions for his clients. As a Solution Architect, he is responsible for analyzing business challenges and helping to transform the way development is done. When he's not working, you'll find Mike catching some waves, riding his bike or listening to his latest audible.