According to Gartner, by 2020, the RPA market will reach $1 billion with 40% of large enterprises adopting the technology. But, what is RPA? When should you use it? What benefits can you get from it? Is it the right approach for you? Let’s find out.

RPA: Doing the Jobs Nobody Wants To

RPA is a form of business process automation technology based on the notion of software robots or artificial intelligence (AI) workers. Please don’t start picturing I, Robot-like machines or you’ll be very disappointed very quickly. RPA robots are not real robots, but virtual ones. They’re software systems capable of mimicking many—if not most—human user interaction with other software systems.

With RPA, you can configure these virtual “bots” to do all sorts of things a human would. They can log into applications, move files and folders, copy and paste data, fill out forms, extract structured and semi-structured data from documents, and scrape browsers, for example.

Because these robots can emulate human actions, RPA is extensively used in back-office processes to automate mechanical and routine tasks that don’t add much value but take a lot of time—at the expense of more strategic and impactful activities.

Think about companies in industries such as insurance, banking, utilities, and telecommunications that have back-office operations where workers perform simple, repetitive tasks. They could be the first to reap the cost-saving and efficiency benefits of RPA. In a 2018 article, Forrester mentions an insurance company that was able to reduce the time for reviewing claims from 1 hour down to a few seconds, saving 40,000 hours of manual labor annually and generating an ROI of $5 million per year.

But How Does This Technology Actually Work?

Think back, way back, to recorded macros. (Or, if you’re of a macro instruction bent, “macros.”) Now that you’re in the right mindset, this will be easy to understand.

In its simplest form, RPA uses a set of specific predefined rules—“if this” happens “then that” should happen. That’s how the robot’s behavior is guided. Whenever there’s a situation that is not contemplated in these rules, the robot has to escalate the situation and request human aid.

Now, what makes it even more interesting is that you can combine it with other technology. For example, if you add optical character recognition (OCR) and text analytics to RPA, your robots can read documents or forms, extract data, and input it autonomously into digital systems such as a CRM system.

And, that’s just for starters. Combine RPA with machine learning and artificial intelligence, and your robots can learn from watching humans complete tasks and make decisions in complex situations more or less autonomously. Mix in natural language processing and you can have a customer or employee’s written or spoken interactions with a chatbot trigger an RPA robot that is able to automatically collect all existing data on that customer from multiple systems and present it in a dashboard or form.

Imagine you go to your bank and ask for credit to buy a new house. You fill out numerous paper forms with your data, hand in copies of your ID, along with a multitude of other documents. The clerk validates all your information—are you really Rachel Wright, do you really live in Pike Street, 24?—and then enters it into the bank’s systems, a process that takes a great deal of time.

With RPA, a robot reviews the information on the ID and other documents, compares it with bank and public records, and puts all it all into the system. Multiply this by 1000, 5000, and 10,000 customers requesting loans. Think of the time and money this saves employees and the bank. And, that’s just one of the benefits.

When RPA is done right, you can benefit significantly from it:

Although its business benefits are clear, RPA is not a panacea for every operational ill for every company and every process. For one, it has the potential to eliminate jobs, which can create employee resistance and talent management challenges. In fact, Forrester estimates that RPA could threaten as much as 9% of the global workforce.

There are other issues, as well.

RPA has the following limitations:

When Should You Consider Using RPA?

A great use for RPA is quickly automating a process that involves navigating legacy systems or external sites. Some of these are difficult and costly to change, and there is no option for connecting to them via modern APIs. That is, at least in the short to medium-term, the only option is to access them via the user interface.

A good example is having to interact with a large core system that is developed in COBOL or another older language. In this kind of scenario, RPA acts as a band-aid: unobtrusively enabling you to make a process automatic and potentially more efficient without having to wait for updates to the system.

In short, you should consider using RPA if you have a large legacy application as part of a process that:

If your legacy app has these characteristics, you can use RPA to make your business processes faster and more efficient, reducing your workforce and lowering overhead. But, what if your system is barely functioning, has bugs and needs new features or new apps? Time to consider an alternative.

Enter Low-Code: When Should You Use It Instead

With low-code, you use an intuitive, drag-and-drop interface to develop software. If you want to know more about it, I invite you to take a look at this great blog post.

Right now you’re probably wondering: what does low-code have to do with RPA? Well, as I’ve mentioned earlier,  in cases where you have a big legacy, outdated system that is part of the process you want to automate and it doesn’t work as it’s supposed to, RPA won’t fix the problem.

And in that case, you have three options. You can:

So, if you’re unsure whether you should use RPA or low-code, here’s when you should consider the latter:

Now, I do realize I’m saying something that may strike you as odd—using low-code to rebuild big old legacy, mission-critical applications. After all, isn’t low code just for smaller departmental applications or mobile apps? Can it really deal with the requirements of these big large systems? The short answer is yes, it can!

And if you don’t believe me, I invite you to join us at NextStep so you can hear all about how OutSystems solves the problem of replacing the big systems and large portfolios of applications of large enterprises. If you really need to see for yourself and kick the tires first, our personal edition is free and yours to keep, for life.

Now, there may be cases where your legacy system really can’t be changed—or at least not for the near future—or even integrated with applications built with low-code. RPA can bridge the process gap between these new apps and the old core system. You’ll be able to expand the capabilities of your system in a matter of a few days or weeks with a brand new app and use an RPA program to connect them.

Robots and RPA will not only stick around, but they’re going to get smarter. But much like any technology, RPA is a tool for orchestration, not isolation. This means looking at processes holistically, understanding and measuring the outcomes needed from those processes and how to best change them to achieve these goals.

Sometimes, you’ll need the RPA band-aid; other times, low code or other development tools will be the answer. But there will be times when a combination of the two, perhaps even with other technology and the right people, will bring the most value. Once you choose the right processes and start to overcome the initial challenges of deploying RPA robots, you will find that the results are well worth it. 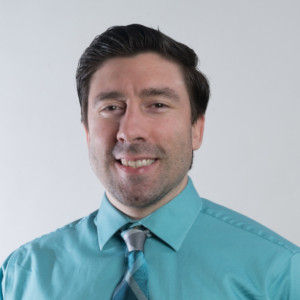 Keith has been in software development for over 10 years, working in development, QA, and sales. He is currently a Senior Solutions Architect at OutSystems. Outside of technology, Keith loves video games, singing, acting, baking, and gardening. He lives in Massachusetts with his wife Heather, his daughter Prudence, and his Portuguese Water Dog, Sir Alfred of Gotham.

SOA vs. Microservices: What’s the Difference

Seize the Database: A Conversation with MongoDB’s Nic Raboy