Lockdowns. Surges. Hot spots. 2020 had it all. At least all the bad stuff.

Let me tell you about something that gave me a sense of optimism for the coming year.

Take a spin around the OutSystems website and you’ll see that we like to say that we’re the modern application platform for the software that makes the difference. Now, every company’s website is sprinkled with catchy taglines and vague aspirational jargon—it’s marketing, after all! But in the early months of 2021, I feel like we truly fulfilled that promise about making software that makes a difference.

Along with Amazon Web Services (AWS) and TAIKAI, we challenged our developer community to participate in the OutSystems Build for the Future Hackathon to benefit three global, non-profit organizations.

Building Apps That Save Lives

Here’s how the hackathon worked:

Fifteen teams with five developers each were tasked with helping Strength United (Los Angeles); Zer0Hunger (Malaysia); and the Nelson Mandela University Center for Community Technologies (South Africa) digitize their efforts in the community.

Read about all the winning entries here.

In addition to receiving the custom apps and complimentary OutSystems licenses, AWS is providing free cloud hosting for as long as the nonprofit’s OutSystem applications are live.

That last bit seems fitting given that the hackathon could not have succeeded so wildly without the cloud.

The AWS Cloud facilitated unique aspects of the competition. Unlike traditional, onsite events that take place over the course of a day or two, this virtual one was spread over five weeks. The extra development time resulted in more polished apps that are much closer to being ready for market roll-out. The cloud also allowed for a truly global project, spanning time zones from Australia to California, with cooperative team members giving up their free time to take part in after-hours calls for checkpoints and Q&A sessions.

Thanks to the cloud, Everis, a Portuguese-based team, partnered hand-in-hand with CCT in South Africa on the cancer awareness app. To make sure the app had an impact in rural communities without Internet access and across the different languages of the country, Everis included offline capabilities, multi-language options, and text-to-speech features. The project has turned into a long-term, long-distance collaboration in which Everis will be CCT’s “digital Samaritan” and continue to maintain the platform.

The hackathon proved just how quickly a modern application platform on the cloud can help a small, geographically dispersed team take an ingenious idea and spin it up into an actual fully functioning, highly intricate app in a matter of weeks, not the months and years it generally takes with traditional development.

Companies seeking to innovate faster on the cloud can realize the same benefits the hackers did with OutSystems on AWS. Your team can rapidly develop and deliver game-changing apps without having to go through the rigor of a traditional IT model. And this can all come together even with the smallest of teams, who can be working from anywhere.

Going back to the hackathon, I was blown away with the clever thinking of The FaBoolous 5 team, the winner for Most Innovative Solution with their undercover features for a domestic violence reporting app. The app masquerades as a fully functioning game for children or a weather app for adults, allowing those in jeopardy to discreetly report and request help and protection.

Apps that make a difference, indeed.

If you want to learn more about how OutSystems and AWS are changing the way digital transformation is done, while delivering scale, resilience, and security without sacrificing flexibility, join us in our upcoming event in partnership with AWS, the Cloud Innovation Summit on June 7-8! 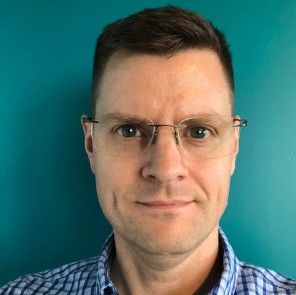 Over the years, Jake has learned that with technology and humans there are patterns that we cannot ignore in order to advance. We want simplicity, yet as technologists, we default to seeking out complexity and ways to simplify it. Having a background in Cloud Computing, Systems Administration, Security Operations, and Business Value Assessment, Jake has learned that customers want value and results...no matter what the technology choices are. Blending these skills together and being able to effectively communicate with our customers is where he finds he is happiest working in this industry.

Build Your Cloud Future at the 2022 Cloud Innovation Summit