A staggering amount of IT professionals will tell you that low-code platforms are only suitable for simple, departmental apps with limited users. But, is that really the case? If you’re considering low-code for your next dev project, evaluating the best low-code platforms, or simply wondering how scalable low-code technology is, read on.

In this blog post, I address this distressing distrust of low-code and explain how to measure the scalability of different low-code platforms. I also provide evidence of how high-performance low-code delivers scalability. You know what they say; the proof is in the pudding, but in this case–it’s the icing on the cake.

An application is scalable when it can keep up with increasing resources without affecting performance and user experience. The idea that apps built with low-code are not scalable has a raison d’être. Many low-code vendors promise to empower citizen developers, which, for seasoned IT professionals, raises the flag that low-code is targeted at small, non-business-critical applications confined to user departments.

But therein lies the fallacy.

Just like any other development technology, not all low-code platforms are equal. Consider Ferrari and Ford. Yes, they are both automakers. But, do their cars perform the same, run the same, or even look the same? No. Well, neither do the platforms of low-code vendors. And, the platforms even have different use cases and target different personas.

In fact, its Wave report which is issued every two years, Forrester divides the low-code market into two:

And if a bifurcated market weren’t enough, there are now more than 250 vendors hawking low-code platforms. So, as you can see, with all the different flavors available, an answer to the question, “How scalable is low-code?” can only be everyone's favorite (not), “It depends.”

So, what’s a busy professional like you to do? How can you find out which low-code platforms scale and which don’t?

I’m no superhero who can save the day with a rundown of all the platforms. Instead, think of me as a mild-mannered superhero alter ego who can provide a framework to help you evaluate how scalable a low-code platform can be.

Spoiler alert: You can expect a lot of references to OutSystems, the low-code platform I can confidently talk about, and how it stacks up against my framework.

How to Measure Low-Code Scalability

You might have been expecting a treatise on vertical and horizontal scaling, but as you’ll soon see, the above framework supports a more thorough exploration of how to make low-code scale.

Runtime is the simpler of the two scalability measures and the one commonly considered by industry analysts. Let’s go back to our friend Forrester, which includes scalability as one of the aspects that divides the low-code market. While low-code for business developers has a more modest scale, low-code for pro-devs focuses on higher levels of scalability.

According to Bloomberg, enterprise low-code has indeed moved beyond supporting the creation of simple departmental applications, offering capabilities centered on integration, security, and regulatory compliance instead. But, as Bloomberg notes, the advent of cloud-native technology and practices is changing the low-code market once again. And I’m seeing a new breed of low-code emerge. This breed uses cloud-native technology, such as Kubernetes container orchestration, and it also runs in multi-cloud, hybrid environments, or both.

I’m talking about a “high-performance low-code platform” that achieves enterprise-class scale while supporting rapid development of multiple applications in parallel.

OutSystems is currently the only high-performance low-code platform. One reason why is because enterprise-grade runtime scalability has been top of mind at OutSystems for the seven years I’ve been here–and even long before that. With OutSystems, you can meet even the most massive of customer requirements with vertical and horizontal scalability and support for containers and microservices built-in. And, applications generated by the platform can run independently of any OutSystems components. This means:

You can learn all about our low-code cloud application platform, OutSystems Developer Cloud (ODC), here.

How Scalable is a Low-Code Platform? Putting It Into Test

Now, let’s get real: imagine a mobile banking app on Black Friday. That’s about 20 million users with thousands of concurrent accesses. This is what we pitted against our OutSystems mobile back-end—the server side of OutSystems.

Now we turn our attention to the other dimension of low-code scaling. What would development look like if low-code development really took off in your business and became the standard way of working?

For one, multiple developer teams would work on different applications in parallel. Those applications would span multiple use cases, including customer apps and portals, internal applications and web portals, and core systems. The broader scope of digital core projects would require the coordination of larger development teams, with more moving parts and greater cross-portfolio dependencies.

As your portfolio of low-code-delivered applications matured, performance monitoring and continual improvement of those apps would become increasingly important. And with the rising scale and associated complexity, your development team would need to keep the continued productivity advantage that they’ve come to expect from low-code. 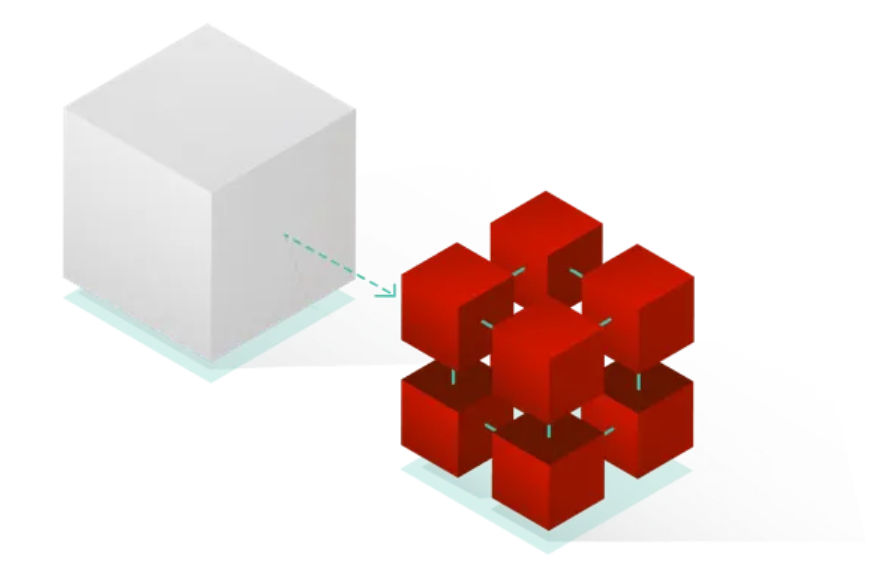 2. Monitoring and Troubleshooting at Scale 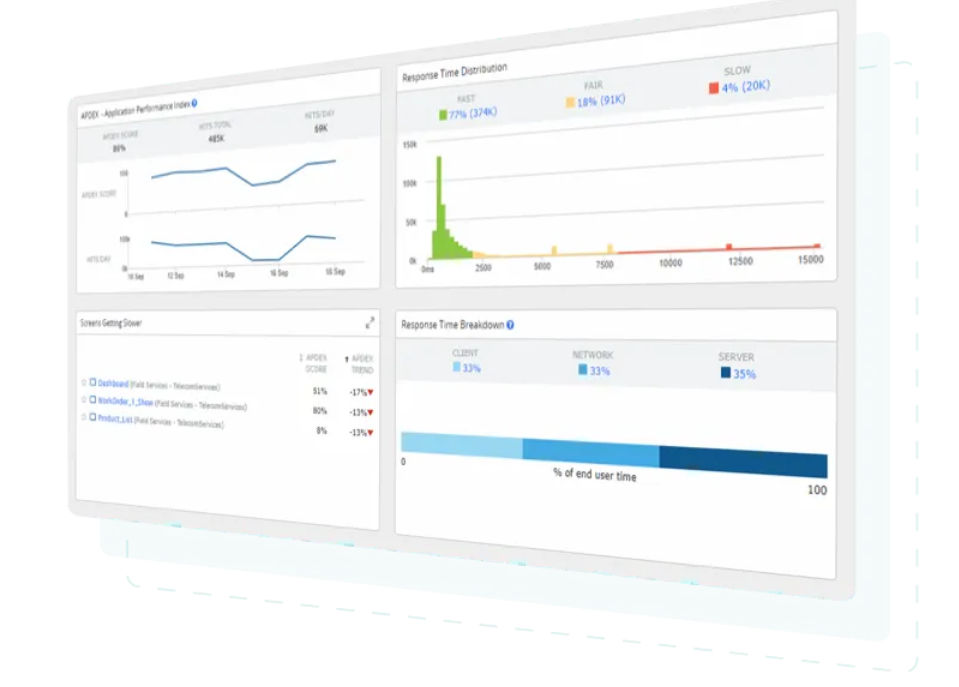 OutSystems has embedded monitoring, out-of-the-box analytics, and built-in dashboards that highlight app performance concerns or breakdowns. Dev teams can identify choke points or services that are down before they impact the health of the entire portfolio (SaaS and external legacy systems included). 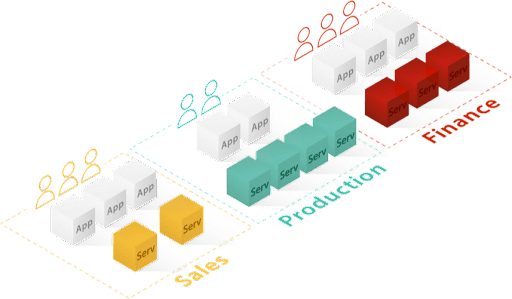 With OutSystems, you can control who can create and manage services and who can consume them, using a full entitlement model that extends to all apps and services. As a result, you can structure parallel development teams based on delivery for each business area. Multiple continuous delivery pipelines work independently, while still modularizing and reusing services. 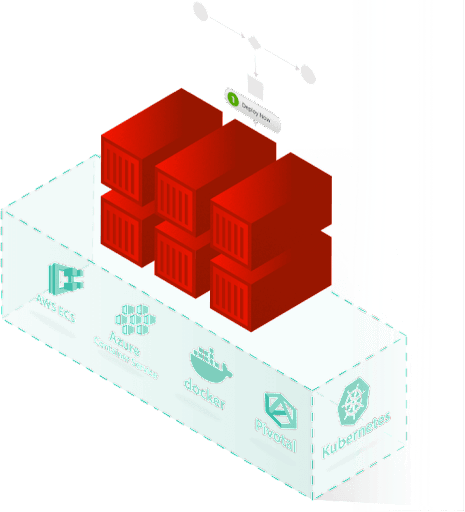 “Scalability vs. Low-Code”: The Verdict

In previous blog posts, I’ve debunked a few low-code myths, namely inflexibility, security, and vendor lock-in. In this one, I hope I’ve made it easier for you to consider the scalability credentials of low-code platforms.

If you want more details about high-performance low-code or the scalability of OutSystems, why not explore the OutSystems platform?

How to Avoid Low-Code Vendor Lock-In