Hi! I’m Dan and I’m in charge of OutSystems’ Romania Delivery Center. Let me tell you a little about my career journey.

I started writing code in high school. I wrote my very first program in 1992. I remember I was writing in BASIC, there was a game called Green Beret and we were trying to change it. I went to college in Romania, studying Computer Science, but then I immigrated to the US in 1996 and I had to start all over again because nobody recognized a Romanian degree.

“Hey, we got some good news, we were acquired by Oracle, but the bad news is that we’ve frozen all the opening positions,” said the recruiter.
“Wait a second, what does that mean?” I asked.
“Well, that means you don’t have a job.” answered the recruiter.

I was in Utah when that happened, but I continued all the way to California.

I had to start everything from the ground up, again. I found a job in a big civil engineering company, doing Visual Basic development for cranes that were controlled by GPS. At the time it was a really big deal. I stayed with Graniterock for sixteen years.

It was there that I met Patrick Jean, who became OutSystems’ CTO.

OutSystems has been doing expansion for the past year and half, and I reconnected with him to create the Romania Delivery Center.

This particular job I’m in is different from your typical engineering director; it’s a lot of recruiting. I’m spending most of my time sourcing, trying to figure out how to get the development center up and running, trying to understand exactly the skillset I’m looking for to build the teams.

We’ve just finished building a delivery team of six engineers: a product owner, a team lead, a lead senior engineer, a mid-level developer, a junior developer, and a quality engineer. Now the thinking is just do it again and build another one.

After building the second delivery team, we’re going to do some out-of-ART features for O11 and the IDE group. The hiring managers will see there’s a fully functional development team from Romania that they can request to work on their efforts.

So far, we’re offering remote positions because we don’t know where we’ll end up with the biggest presence. It might be in Constanta, or in the capital, Bucharest.

It’s very difficult to find technical people in Romania because it’s a market dominated by other firms — Oracle, Amazon, IBM, Microsoft. OutSystems is already considered a big firm, however Romania’s big talent still associates quality and future to those firms, not with us, so we’re competing for visibility within the market. It will take time but we’ll get there.

Another challenge we have while recruiting in Romania is that engineers come in different flavors and some flavors you don't find unless you go compete head-to-head with the big firms. So internally we’d say, “Okay we’ll focus our needs in Romania looking for C# and SQL knowledge,” but the bigger firms are holding people’s attention.

OutSystems is here to stay, and that typically comes with creating a unique culture, but we need to bring a Romanian flavor in to it. Romanians need to feel the company is here to do business with and for them.

Romania is the fourth largest market in Europe by volume. Its capacity is twice as big as Portugal. In Eastern Europe, only Poland is bigger than Romania. From a skillset perspective, it is extremely diverse because we have built big delivery centers for the main technology companies in the world. The country has 8,000 graduates a year, so the talent pool is solid.

I do enjoy building teams, even if sometimes it’s really hard. The most rewarding thing is dealing with people, talking to them in general and helping them. This will be the third delivery center that I’ve undertaken to build — one for the construction firm, my own outsourcing company, and now with OutSystems Engineering.

What Can Engineers in Romania Expect From OutSystems?

Romania is an exporter of software. The majority of people employed work as outsourcers, so they never get to choose their own projects. If you work for OutSystems, you work for a product-based company, so instead of being just a muscle for hire, where a client will dictate what you’re doing, you become an investment. OutSystems will invest in you because our purpose is to retain you, grow you, and make an OutSystemer out of you.

The company invests in you as a person, in your career, not because you’re making a client happy. There’s no competition between what OutSystems offers, and what the others do.

Check out our Engineering openings in Romania here. For more thoughts and musings from the OutSystems Engineering team, follow us on Twitter. 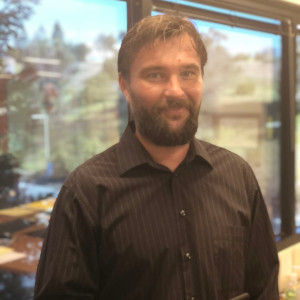 A Sports Story: “I finished the Haute Route Pyrenees”