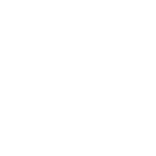 Like many local government organizations, City of Las Vegas needed to modernize. By replacing silos of applications that were outdated and difficult to access, the city believed it would be able to build a huge variety of internal and citizen-facing web and mobile applications fit for the digital age.

To meet the demands of a thriving city, the City of Las Vegas wanted to build a variety of feature-rich, cross-departmental applications on top of their new service-oriented architecture. The first application would be a mobile app for city building inspectors in the field to enhance their productivity and ability to collaborate, even when working in areas with no connectivity.

The city chose to rapidly develop its front-end applications and maximize the value of their restructured ecosystem with OutSystems. The Mobile Inspector App seamlessly integrates with the back end, so everything users see on the screen is in real time. And because OutSystems streamlines development of features, like offline capability, the team is able to focus on the business API layer to support more apps in the future.

Two developers completed the Mobile Inspector App in just three months, saving an estimated three to five months. The new app reduces inspection times by 25% and eliminates the need for frequent trips back into the office. And the cost of ongoing enhancements is an estimated 50% less than it was before adopting OutSystems. The city is now poised to build a huge variety of internal and citizen-facing applications fit for the digital age.

Learn how the OutSystems Application Platform supports and enhances the nine shifts that will determine your future Business of Technology landscape.

Digital CX eBook: Overcoming the Barriers to a Customer-First Culture

In this eBook, you will find out how to make a customer-first culture a reality rather than an unrealisable aspiration.

How OutSystems Can Speed Development of Accessible Apps

Accessibility is essential to making your apps more usable, discoverable, and available to the broadest audience possible. A modern application development platform can get you there faster.