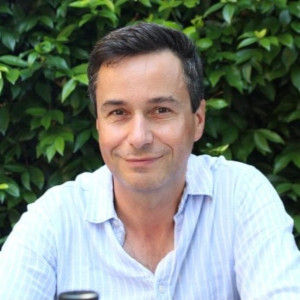 About a year ago, OutSystems launched a new Service Studio for Mac and lifted the curtain for a new experience for Windows users as well. So much has evolved since then — and still, there’s so much to come — that I thought it’d be easier to tell you the story of OutSystems Service Studio in three acts: the past, the present, and the future.


Act 1 - The Past: Why a New Version of Service Studio?

Ever since the launch of the very first version of the OutSystems platform, we’ve been working to empower developers to create unique, high-performance applications in the shortest time frame. And although we’ve always evolved our low-code platform to provide the best experience for developers, about two years ago, we decided to embark on a journey to modernize our Service Studio, the OutSystems development environment.

With a growing number of new developers using Mac computers, we needed to enable Mac developers to access the OutSystems technology while improving the experience for Windows users.

So, to deliver a truly cross-platform development environment, the OutSystems Engineering team came up with a new flexible architecture, one that meets modern performance standards. We also wanted to revamp our platform’s UI and replace many components so that they would work on both Windows and Mac operating systems and still keep the plane flying (or replace the wheels on a truck and keep on rolling, as my colleague Pedro Santos described).

This was a massive migration challenge that our Engineering team documented in a series of blog posts that I invite you to read.

Act 2 - The Present: Rolling Out a New and Improved IDE

The “old” Service Studio is used by thousands of developers every day, it’s very stable and has evolved over many years. Any “new-kid-on-the-block” would be scared of the responsibility of living up to the expectations, not to mention exceeding them.

But OutSystems teams steadily and methodically did their work: migrated features, fixed bugs, and released value every week.

Many volunteers stepped forward to help with testing the new version. We saw our beloved MVPs, partners, internal teams, OutSystems Professional Services and Consulting, Engineering, and our internal Digital Department (responsible for our business-supporting apps) all committed to making the new Studio the best it could be — and do it fast. For many, testing this new IDE, not always a stable nor bug-free version, meant compromising their free time and established processes, and we’re so proud and thankful for all of them.

Looking back at the last 9 months, I still get emotional with all the struggles, all the discussions, all the versions not released, but mostly with the commitment everyone involved in this release showed to make this a better, more robust, and faster experience to all OutSystems developers.

And in May 2022, confident in all the progress and work we’ve done so far, we started the progressive rollout of the new Service Studio to the thousands of Windows users.

Read this forum post if you want to know some of the benefits this new Service Studio brings to developers.

Since May, the new Service Studio has been used by more and more users, and the feedback has been great!

Besides the new features, the new Service Studio is also faster and more stable than the previous version. In fact, our telemetry data shows that the new cross-platform IDE is 59% more stable, considering the frequency of crashes and hangs.

We keep listening attentively to all the user’s feedback to improve new Service Studio stability, quality, and features because we’re committed to making a positive impact in our users’ lives. Thanks to all of you who submitted feedback about bugs, improvements and ideas. Please keep them coming.

What happens next, you ask? As we make the final adjustments and perfect Service Studio based on your feedback, the new version will soon become the default version for all OutSystems Developers, so stay tuned for more!

I joined OutSystems in 2017 as a Product Manager. I'm currently a Product Owner to be closer to delivery. I've worked for many companies but I fell in love for OutSystems' Culture right away. Previously, I helped to build, launch and support software products but at OutSystems and was able to leverage my knowledge to address a global market. It has been a unique experience. I am a graduate of Lisbon University, where I majored in Computer Science. I currently live close to Lisbon, near the beach, with my wife and 4 kids. When I’m not keeping busy... wait, with 4 kids, I'm always busy!

Ideation of an IDE: Changing the Wheels of a Moving 12-Wheel Truck

Ideation of an IDE: The .NET and ReactJS Love Affair

How Can a UX Engineer Help a Design System Team