In our previous post, we looked at the ways in which OutSystems Visual Merge and Debugging can help reduce technical debt, or even speed the process of “paying it back” later on. In this post, we’ll look at a truly remarkable technology built into the OutSystems platform: TrueChange.

TrueChange dramatically reduces technical debt through a combination of automation, AI, and analytics that removes the guesswork and repetition from development and delivery at design time, build time, and runtime.

OutSystems TrueChange works to reduce technical debt by making application changes easy and efficient, so your team can get that new version or release out in the market faster. Since TrueChange is built into the OutSystems development platform, there’s no need to install complex tools for configuration.

Build and version control is ready out of the box, so your developers and architects can introduce new features and functionality without worrying that code with dependencies will break. Here’s a look at the ways in which TrueChange reduces or eliminates tech debt at each stage of the development process.

TrueChange provides AI-guided assistance and automates repetitive and mundane development tasks at design time with expertise learned from over 40 million anonymized patterns and apps. This gives TrueChange some helpful superpowers, such as:

TrueChange does all this by leveraging graph neural networks, machine learning, and automated reasoning and decisioning power to drive CodeDNA — a code-recognition engine that can identify patterns and search for them and their common mutations at scale.

TrueChange also works in the background making sure to avoid any programming conflicts. In fact, we’ve already seen an important component of TrueChange with its Visual Merge feature, which uses graphics to explain which elements will change and whether developers must choose between the conflicting elements of one version or another.

If you’re ready to publish, the 1-Click Publish button changes from red to green to signal that a build can go forward.

TrueChange automatically generates an impact analysis and bug check to enable developers and architects to avoid long, laborious depency searches and debugging. This ensures error-free and consistent web and mobile application builds, deployments, and changes across all application components.

TrueChange goes beyond traditional debugging to identify dependency issues that can easily go undetected. The service not only makes those consequences clear, but it also shows you when your architecture strays from best practices in a way that accumulates technical debt. This helps future-proof your applications, making it even easier to build in new features and capabilities down the line.

TrueChange’s intelligent architectural recommendations and AI-driven architecture refactoring make sure that even large portfolios of apps remain free of dependency issues that cause technical debt.

At build, TrueChange automatically generates mobile application packages for iOS and Android without having to install or use any type of mobile platform SDK. Error-free build packages make sure that production upgrades complete in minutes without negatively impacting running applications.

TrueChange automatically manages versions, releases, deployments, and all component dependencies across multiple staging environments from a centralized console. The console also displays information about the health of versions, releases, and environments. TrueChange gives developers visibility across the app portfolio and along the app lifetime so they can collaborate to innovate quickly and consistently:

Taken together, all of TrueChange’s capabilities help your team reduce technical debt before it’s incurred, as well as address it later in the process. TrueChange doesn’t just identify issues. It offers intelligent architectural recommendations and AI-driven architecture refactoring to tackle architecture problems early, plus automated, AI-fueled analysis of an application’s implementation and execution metrics to produce recommended solutions.

TrueChange kicks development and delivery into high gear, while working behind the scenes to make sure your applications won’t break. When you detect and resolve performance or quality problems early, you can provide a fantastic user experience while keeping costs low and your IT team engaged, responsive, and productive.

In our next blog post, we’ll take a look at a tool that works closely alongside TrueChange: Architecture Dashboard, which automatically performs code and runtime performance analysis before recommending solutions to help improve the performance, security, architecture, and user experience of applications.

To learn more about preventing technical debt with TrueChange and other OutSystems built-in capabilities, visit StopTechDebt.com. 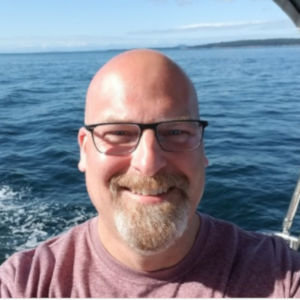 Develop the Future at NextStep 2022